Yours4money.com brings you exclusive news about CasinoEuro right from the horse’s mouth. This new promotion, which was launched on May 4th, has not yet been made public on their site, but in true Yours4money.com fashion, we are bringing it to you hot off the presses.

In the upcoming summer months, Casino Euro will have achieved a milestone and will have its 500,000th Player walk through its casino doors. Casino Euro will celebrate this momentous occasion by rewarding its loyal Players. If you are the 500,000th person to deposit and play at their online casino, you will receive €10,000 in free Slots spins. This promotion will continue CasinoEuro finds its 500,000th Player. Terms and conditions apply so be sure to speak with a Customer Support representative to get all the details.

Register now at Casino Euro to take advantage of this amazing and quite possibly once in a lifetime opportuntiy.

It is possible to turn the casino’s odds in your favour. And, I’m not talking about special software or cheating the casino. Then how? The answer is as simple as counting to 21. I’m talking Blackjack, folks! Blackjack is the only casino game where you can turn the casino’s odds in your favour. Forget Craps or even Roulette. You see the difference between games like Blackjack and Roulette is randomness. In Roulette, the wheel spins, a button is pressed, and the ball lands on a number. This happens over and over again. However, the first spin does not influence or have any influence over the 2nd or 3rd or any other spins. The spins are random.

This is not the case in Blackjack, however, because when a hand is played, the cards are removed from the deck, thus changing the proportion of threes and sevens and Aces. And, if you know how to play your cards strategically, then you could have the upper hand, thereby turning the odds in your favour.

The easiest way to do this and understand the concept is to start from zero. Whenever you observe a given card, change the count by the indicated amount. When the count is positive, the deck is in your favour and you should increase the size of your wager. The larger the count, the more favourable the deck is to you.

The next question people usually ask is “Is card counting legal?”. In my opinion, it isn’t illegal or cheating. It’s just good mathematics. However, many casinos don’t take too kindly to card counters, because in their opinion, card counters know how to win, which undermines their overall goal – to win money from Players. So, now, you’re probably wondering if it even makes sense to count cards because it seems like a lot of work. Well, that depends on what you’re trying to accomplish. If you’re trying to become a millionaire counting cards; then forget it. Even the best card counters only get a one percent advantage over casinos; meaning they need to bet $100 to make back $1. If, however, you are trying to hone your skills and come away with a small stash; then you’re in the right field.

It’s easy to say that Video Poker is gambling and any game that is a gamble cannot be considered a game of skill. But, think about it, if you can gain a mathematical edge over the casino with the right decision, then shouldn’t that be considered skill?

Don’t get confused or flustered. This debate has been going on for years. And time and time again, the result is the same. Video Poker enthusiasts have ascertained that in order to make money playing Video Poker, you need knowledge of what Video Poker game has the best profit-making potential and skill. Oh, a hefty bankroll won’t hurt either. While others insist that it only takes a bad-luck streak to put any ideas of walking away with heavier pockets than you started with to bed.

Different Video Poker games pay out differently. For e.g., if Double Bonus Poker with its full 10-7-5 pay table (meaning full houses pay 10-for-1, flushes 7-for-1 and straights 5-for-1); then, you can calculate that the game will return 110.17%. However, if any one of these payoffs is reduced, the game drops to below 100%. In this case, which game would you rather play? Where skill comes into play things get a bit more tricky than calculating payoff percentages. For e.g., if you’re dealt a Qh, 4s, 8h, Jc, and 10h in Double Bonus Poker, what move would you make? Throw in the hand and deal again or HOLD some of the cards and then deal again? If you chose to throw in the hand, then you need to read up a bit more on Video Poker strategies. If you said HOLD the Qh, 8h, and 10h and deal again, then you’re ready to play serious Video Poker.

Now, it is important to remember that, even if you have all the key elements, you are still not guaranteed to win, because luck does play a major role in winning at Video Poker. Look at this scenario. If you are playing Double Bonus Poker with maximum coins, the average number of times you are likely to hit a Royal Flush is 1 / 48,084 hands, which is 1.67% overall returns for the Casino. What does this mean to you? Well, basically, it means that you’re not playing a 100.17% game, but a 98.5% game instead. So, even if you play expert Video Poker, you’re still a contributor to the Casino in that session. Passing 48,084 hands assures you that you may hit at least 1 Royal Flush, but you could also hit none or 2 or even 3 during that space of time. If you hit none, then you will certainly dent your bankroll, hence the reason you need to ensure you have enough money to play with before you actually hit those Video Poker machines.

At the end of the day, the statistics don’t lay with 1 individual but collectively all those Players who played on that Double Bonus Poker machine. And, forgetting percentages and returns and all that other mathematical mumbo jumbo, while skill is of utmost importance, I think it is pretty safe to conclude that there is no guarantee that any 1 person, even an expert, will win at Video Poker. Why? Because, it’s gambling. And with gambling, you’re still taking a chance that, even with expert play, you will come out with more than you started.

The world-renowned betting exchange, Betfair, announced that it has filed an action with the Dutch government, after the Dutch Ministry of Justice reportedly issued a letter advising the Dutch banks “…not to process payments from any Dutch customers wishing to place a bet on any legal gaming website”.

Betfair also issued a formal complaint to the European Commission citing that the actions of the Dutch Government blatantly “fly in the face of the EU principles”. Mark Davies, Betfair’s Managing Director, is not pleased in the slightest, as can be expected and has openly voiced that the Dutch Government is “desperate” and has “resorted to illegal tactics that prevent consumer choice and go against the treaty”.

Dutch residents are currently allowed to bet online with De Lotto. Betfair is a licensed operator in the EU community, including UK, Malta, Austria and Germany. They are therefore entitled to accept bets from the Netherlands. Stay tuned to find out the outcome. 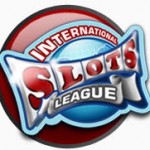 A new era in online gambling has arrived and is set to reign above the rest in the form of a $200K jackpot.

Reinventing the way online casino games are viewed is the highly acclaimed 8 week, $200 000 International Slots Challenge due for its debut on the 5th of May 2009. Commencing on 5 May 2009, the excitement has intensified and thrills aplenty have arrived with the International Slots League Challenge establishing its significance as the most exhilarating online slots tournament to hit the online gambling scene. The unprecedented array of jackpot opportunities available, which total a staggering $200 000, have set the benchmark in fulfilling all online gamblers hopes of walking away with a substantial winnings tally like never before. The online casinos offering players the chance to experience the online slots gaming sensation include 7 Sultans Online Casino, Platinum Play Online Casino, Royal Vegas Online Casino and Vegas Palms Online Casino.

The weekly competitions will see players competing for their share of the $200 000 on offer during 8 weeks of competition which concludes on the 28 June. With all winners facing off for the title of slots champion and the $50 000 first place prize, the stakes have definitely been raised in offering a truly exciting online slots experience.

Online gamers are invited to share in on all the live multiplayer game action directly from the comfort of their own home, with the potential to capture an amazing prize included in the central prize-pool, also known as the “pot” which stands at the mighty $200 000. The different tournaments offered include the Scheduled Tournaments and the Sit ‘n Go Tournaments, which are available at 7 Sultans Online Casino, Platinum Play Online Casino, Royal Vegas Online Casino and Vegas Palms Online Casino. Players are encouraged to view the International Slots League Schedule, an email invitation to join the league could soon follow. Players need to register a Real Account with one of the 4 online casinos mentioned and thereafter, a chance to win their share of the $200 000 in the International Slots League awaits.