Friday the 22nd of October was a lucky day for a retired carpenter from Norway when he hit the whopping €4 million Mega Fortune Progressive Jackpot at Casino Euro after spending just €30!

He is Casino Euro’s third official millionaire and is of course ecstatic to claim that title.  According to the man he decided to play a low stakes round on the progressive machine, only depositing €30, he didn’t even have to do anything as he was using the auto-play feature and once the reels stopped he had won €4 million. He could hardly believe it at first and once the reality of his win sank in he called for his wife as he felt like he was going to faint.

This is one of the largest jackpot wins in recent times but jackpot pools are set to get bigger as increased numbers of people play online.

Casino Euro is owned and operated by the Betsson Group and has reportedly experienced a surge in older players playing casino games online and has extended their congratulations to their latest millionaire who is now assured of truly golden years thanks to his win.

Absolute Poker which is part of the Cereus network is no stranger to controversy, fraud and cheating allegations, security issues, software glitches and more. The first issues were reported back in 2007/2008 when the company was embroiled in a major cheating and fraud poker scandal wherein their poker games were compromised by a high ranking consultant who accessed the groups security systems, enabling him to manipulate internal systems and access third-party computers and accounts to view other players hole cards during tournament games, thus ensuring that he could win substantial sums of money throughout the duration of the scam.  The case came to an end in 2008 and Absolute Poker paid restitution to all players involved, and was fined $500,000 by the Kahnawake Gaming Commission (KGC), ordered to place a surety with the commission for two years against future conduct as well as to undergo random auditing at their own expense on an ongoing basis.

With the two year probation barely up, earlier this year the group had to deal with an encryption method breach wherein the Cereus encryption methods were shown to be easily hacked and it was then possible for the hacker to hijack a player account and once again see hole cards in real time if the hacker was able to access the users Internet connection.  The group acknowledged the security breach and promised to fix the problem.

Just a few short months later it seems the Absolute Poker Casino has yet another potential issue on their hands but this time it’s their traditional Keno casino game that is under scrutiny and allegations being made include that the game is rigged and the results show that Random Number Generator (RNG) is allegedly not random at all and produces very obvious patterns.

While those behind the allegations do note this system may not have been manufactured intentionally they do insist that this is the type of error that should not occur at licensed, reputable casinos and the fact that it exists does allude to incompetence on behalf of the group and the lack of regard for implementing proper procedures.  However, it does appear that the Absolute Poker Keno’s RNG or lack thereof may lead to improved results for players in some aspects (as opposed to those in their previous poker tournament debacle).  While players still lose, and because the results are not random, the player will have a much lower chance of winning but the losses are lower than they would be in a fair Keno game regulated by a high quality RNG.

While it seems that Absolute Poker has taken action to rectify the problem on their Keno game, the issue has cast speculation on the other casino games offered by Absolute Poker and Unibet (as they run on the same software and could potentially be the same).  The group is yet to release a statement. 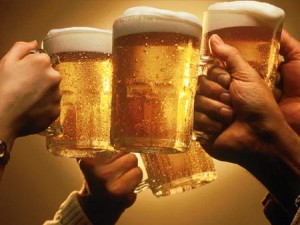 Euro Partners is a well known casino operator which runs Europa Casino, Casino Tropez and Titan Casino. This group always has generous promotions up for grabs, but their latest one is way more novel than what we usually see at this group and is definitely one for beer lovers.

They are currently running a promotion in which one of their players will win a year’s supply of beer in celebration of Oktoberfest. Their “Free Beer for a Year” promotion takes place from the 23rd of September until the 6th of October 2010.

If you can’t actually join the 6 million people who celebrate Oktoberfest by drinking beer, enjoying great German food and having all out fun in person, you can cash in on the fun at Europa Casino, Casino Tropez or Titan casino by trying to earn as many comp points as possible to win their “Free Beer for a Year” prizes.

As any seasoned player knows, comp points are earned automatically when real money is wagered on any of the casino games available at these properties. So all you have to do is play, and you could end up being paid in beer…sounds like every guys dream!