Roxy Palace has always been one of the really great Microgaming powered casinos that we have recommended over the years. They offer over 350 state-of-the-art casino games, professional and friendly 24/7 customer support in numerous languages and regular promotional offers. Their only fault, if you could call it that, lay in the fact that they only offered relatively small welcome bonuses to new players in comparison to some other casinos. This however has changed and we are happy to announce that Roxy Palace has introduced a new €/$/£1,250 sign-up bonus offering.

If you’ve never played at Roxy Palace, then there has never been a better time to do so. All you have to do is download the software (or you can play at their browser based Flash Casino) and register a new player account in order to be eligible for their new bonus package:

Obviously you will need to complete each bonus stage to get to the next on the list, but this new deal means you’ll get more play for your money and tons more fun. Play now or read the full Roxy Palace Casino review here.

The “day of love” is finally upon us, so we’d like to wish our visitors a very Happy Valentine’s Day! 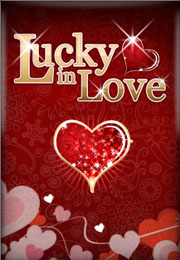 Should you wish to celebrate with a little casino action, then head on over to Platinum Play Casino and join in on the “Lucky in Love” promotion which launched earlier this month and runs until the 6th of March this year.  The promotion offers real money players the opportunity to win some outstanding prizes that include a share of 26,000 credits.

During the course of the promotion, participating players will be sent regular invitations to the various events in the line-up and be given additional information on that week’s tournaments.  You’ll also be able to access information on schedules and prizes through casino messages in the software, so all you have to do is stay and play!

Existing account holders will also enjoy the benefits of additional bonuses, lucky draws and the chance to win quadruple Rewards points in the casino’s Rewards Programme.  Newly signed up players will in addition to all these, enjoy Platinum Play’s welcome bonus.

So join Platinum Play casino today and you might just get very lucky in love as you indulge in all things romantic this month.

eCogra, the  independent player protection and standards body which has been in operation in the online casino arena since 2004 recently released their statistics for the 2010 year on disputes involving online gambling sites and the results look promising given the millions of online players playing at casinos across the globe.

According to the numbers, a total of 846 disputes were submitted to the organisation in 2010, a 10% increase from 2009.  67 of these involved casinos that were not accredited by eCogra and were therefore outside of the body’s authority.  125 disputes were found to be invalid due to fraudulent claims, contained non-specific information, and were abusive or anonymous in nature.  The remaining valid claims and disputes amounted to 654 in total and concerned predominantly bonus issues (25 percent), cash-in issues (44 percent) and locked accounts (19 percent).  12 percent were categorized as ‘other’ and involved responsible gambling concerns, software fairness questions and spamming allegations.

The report also revealed that a fraudulent player syndicate which had submitted complaints to the FGA in order to manipulate casino bonuses had been uncovered after a painstaking investigation which lead to participants in the scam being located and blocked from eCogra accredited casinos.

So to make sure that you have a good casino experience every time you play, visit an eCogra certified casino like Roxy Palace today. 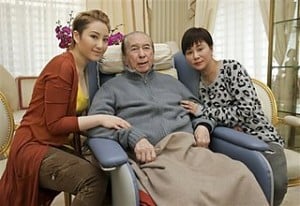 As 89 year old casino magnate Stanley Ho’s condition continues to deteriorate, his three “wives” and 16 children fight to take control of his casino fortune and be the next to head up the family-run empire in Macau, Southern China.

According to Forbes Magazine, Ho’s personal wealth is estimated at $3.1 billion, which is reportedly the largest in Macau’s gambling industry. Ho not only holds a monopoly on Macau’s casinos, many of these are listed on the Hong Kong stock exchange and vie against Las Vegas casino and resort giants such as the Sands Corp and MGM resorts.

Ho’s business enjoyed a phenomenal rise thanks to his now deceased first wife, Clementina Leitao whose father was a prominent lawyer in Macau with connections to Portugal and Macau high society that ultimately assisted Ho to win his casino monopoly. Ho then married Lucina Laam and fathered children with two other women, Ina Chan and Angela Leong whom he refers to as “wives” although he is not married to either of them.

Now the billionaire is facing a public feud as the various branches of his family vie for control of his casinos, shares and businesses that run ferries, hotels, department stores, Macau’s airport as well as horse and dog racing tracks. In a statement made on Hong Kong Television from his wheelchair which was wheeled out by his third wife Ina Chan, Ho stated that the matter had been resolved but Ho’s lawyer reported that the casino magnate was pressured into the statement and intends to divide his estate equally. A suit has subsequently been filed to reclaim his assets, which is sure to engage Ho’s and the various family members involved in a protracted legal struggle.

According to reports, this type of family feud and competing claims over fortunes has become one of the greatest dilemma’s facing aging Hong Kong tycoons who have more than one wife or concubine. The question remains how long these dynasties which should be a legacy for generations will continue to exist once they are split up amongst family members.