InterCasino is an industry veteran that has been around since the very inception of online casinos. Over the years it is one of the online casinos that has continually evolved and developed to keep up with the changing environment while keeping millions of casino players happy and satisfied.

Once again, InterCasino has made some revolutionary changes and its highly anticipated new casino platform has finally been launched. While it was supposed to make its debut in April of this year, the casino delayed the launch explaining that they wanted to do things properly and needed to invest more time in the project.

That additional time paid off and the transition from the old to the new platform earlier this month was smooth and efficient with players retaining their original login details and all player account balances and loyalty points have been seamlessly transferred to the new platform. The look of the casino has changed quite a bit and we’re still not sure if it’s as nice as the previous version or if it’s just a matter of it needing time to grow on us.

That said, it is now a Flash based casino leaving the old download version obsolete, so you are advised to uninstall it from your machine if you still have it and instead access the instant play casino via your internet browser.

Usually flash based casino platforms offer less variety when it comes to casino games than their download counterparts, but this is not the case at InterCasino. Instead there are a number of new games available thanks to the fact that Amaya Gaming acquired the Cryptologic group last year and has now added its own Chartwell Technology produced games to the InterCasino portfolio. These include popular titles like Wild Panda, Aladdin’s Legacy, Medusa and Frogs ‘n Flies as well as three new table games, namely Jacks or Better video poker, Ultimate Texas Hold’em poker and European Roulette.

In addition to its on-going bonus offerings, InterCasino has also added new promotions into the mix with the addition of a long awaited high roller bonus which can be accessed once by both new and existing players alike. If you’re already a player at InterCasino you may use either existing funds or a new deposit to access this bonus with consists of a 50% match of the deposit with a $1,000 minimum deposit and $1,500 maximum bonus accessible. Wagering requirements are 15x the deposit plus bonus. Terms and Conditions do apply and are available on the casino’s site.

While many things have changed, the things that really count like safe, secure banking, and professional customer support remain the same. The casino’s license remains with the Lotteries and Gaming Authority of Malta and above all, you’re still assured an amazing gaming experience every time you play. 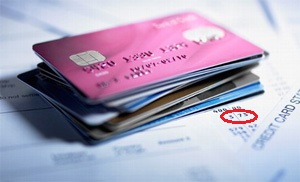 A recent topic regarding unusual low range, unauthorized charges on a number of online casino players’ credit cards, just a few days after depositing at online casinos in the Club World Casino group appeared on player forums this week.

After realising that this seems to be an emerging trend with more and more players coming forward with similar reports, we decided to write this article and issue a warning about this and remind you just how important it is to keep an eye on your bank statements on an on-going basis.

To summarise the discussion, players have received unauthorized, small increment charges of between $3.78 and $4.00 a few days after depositing at RTG powered casinos in the Club World Casino group (these include Club World Casino, Lucky Red, Aladdin’s Gold, All Star Slots, Manhattan Slots and High Noon Casino). The reference code listed alongside these charges includes “BEIJIN” or some variation thereof in the descriptor.

Usually a payment processor will deduct an added 3% off of any amounts charged to a card, as will the depositors bank, but in this case both the usual charge and the additional unauthorized charges were deducted. Some players even had multiple charges being taken off 2 different cards…a very worrying issue for all concerned!

Upon contacting the CWC Group support team, players were informed that the casinos knew nothing of the additional charges and that the issue would be taken up with the processor in question. In an act of good faith, the casinos concerned also credited the charged amounts back to the players online casino accounts which was a very nice gesture, although not very helpful seen as though the processor had debited the charges directly from their banking accounts.

This has obviously caused some serious trust issues amongst players concerned and the casinos in this group and questions arise as to whether or not they have been privy to the unauthorized deposits all along. Their actions of refunding the amounts to player casino accounts may indicate that they have not been, but still suspicions remain. An even more pressing concern however is the integrity of the payment processor they are using and how they could have handed over confidential player credit card details to a processor that is obviously less then trustworthy.

While the CWC Group remains an accredited casino group and has not been rogued or blacklisted by online casino watchdogs and forums as the issue is still pending resolution, this really serves as a wake-up call to all players to continually monitor their bank accounts as these types of incremental charges could quickly add up or be used by underhanded parties to check whether or not charges will be disputed before attempting to charge even larger amounts. 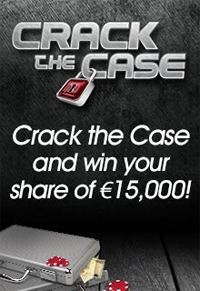 It seems like the promotions at the Fortune Lounge Group of casinos, which is made up of online casinos like Platinum Play and Royal Vegas Casino, just keep getting better and better!

The May promotional text begs the questions “Are you ready to crack the case?” – if you are you could stand in line to win a share of €15,000 as well as generous amounts of rewards points, free spins and casino credits.

The promotion will begin on the 7th of May 2013 and run until the 15th of June 2013 so mark the date on your calendar so that you don’t miss out!

To enter all you have to do is take part in the weekly events sent to you via e-mail or posted within the casino console and you could win one of 20 real locked briefcases which will be delivered to you by courier. Each briefcase will have a 3 digit combination which will be released to you on the last day of the promotion to reveal your prize. One VERY lucky briefcase contains the grand prize of €5,000, a million rewards points as well as thousands of Casino Credits and Free Spins for you to enjoy at the Fortune Lounge casino of your choice.

The race is definitely on! Will you be the first to crack the case and receive a briefcase? Then make sure you’re signed up and ready to go on the 7th of May.