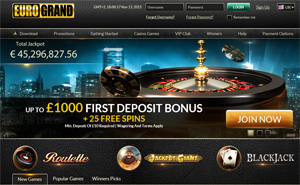 Prestige Roulette will be released at
EuroGrand Online Casino

It’s not often that new games launches include anything other than online slots titles, but casino software giant and Omni-channel gaming provider Playtech recently announced that it will be adding Prestige Roulette to the Playtech powered online casino games portfolio this month.

Prestige Roulette is a unique live dealer roulette game variant that promises to afford players an exceptional one-on-one sense of playing this exciting game against the dealer.

From the game preview it is evident that the table setting gives one the feeling of being in an actual casino, with neon lighting and camera angles that make you feel as if you are at the centre of the action as the wheels spins to reveal whether you’ve made the winning wager.

The game also features quick-fire betting rounds and instant replays of the pulse racing action. In addition, players are able to control the screen by displaying or hiding the table where the wagers are placed. Upon minimising the table, one is able to enjoy full screen views of all the action, giving the game an added sense of reality.

Prestige will be launched across all Playtech mobile and casino platforms this month so make a note to look out for it at online casinos like EuroGrand.

Watch this space for more details once the game has been released! Until then, learn more about how Roulette bets and payouts work here. 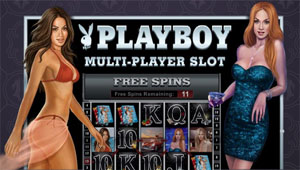 Microgaming recently announced the release of the Multi-player version of its popular Playboy Slot and that it will run a network-wide competition to celebrate at casinos like Betway in the month of November.

The company entered into a licensing agreement with Playboy in February of 2013 and launched the Playboy Branded Live Dealer studio, which was a world first. Six months later they followed the launch up with the release of the Playboy online slot that caused a stir amongst fans and fast became a player favourite with its sexy graphics and potential for generous rewards.

The only thing that was lacking was the ability to use the slot for multi-player games and slots tournaments, which Microgaming is now addressing by adding the multi-player version to its extensive games portfolio, not only extending the games reach but also opening the iconic Playboy brand up to an entirely new group of players.

The new multi-player version is based on the existing Play Slot with its sexy characters, stylish animation and fitting soundtrack but has been adapted to a 5×3 reel, 20 fixed payline multi-player game that can accommodate up to 5 other players, allowing them to play the same game while enjoying social elements like in-game chat functionality.

In addition, the Multi-player Playboy slot also features a bonus thermometer which when kept active in the base game, gives players VIP access to the exciting and exclusive free spins feature and the opportunity to earn even more rewards.

Microgaming’s Multi-player Games Product Manager James Ford commented that Playboy is one of the most renown global brands and has a massive 97% unaided worldwide brand awareness, so to be able to bring this iconic brand to the slots arena and in multi-player format is very exciting.

Playboy’s President of Global Licensing, Matt Nordby echoed these sentiments, commenting that Playboy values its partnership with the software giant and is delighted to be able to build off the success off the Playboy themed Live Dealer suite and online slot to further enhance the brand’s offering in the online casino sphere.

Along with the launch in November, Microgaming powered properties like Betway Casino will offer players on the multi-player network the chance to win one of five one year memberships to the Playboy Club in London. Now that’s something worth playing for! Watch this space for more details when the promotion is live!