Microgaming is on a role lately rolling out new games and mobile games releases on a regular basis, and if you are a fan of multiplayer games, then they haven’t forgotten you either! This month the software giant will be releasing three multiplayer slots and kicking off some exciting player tournaments at participating online casinos like Betway Online Casino. 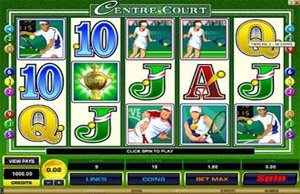 First up in the multiplayer line-up is the 5 reel, 9 payline video slot Centre Court which transports you in the midst of one of the world’s most prestigious tennis tournaments.

This game was launched this week as a tournament slot on the Flash and Download casino platforms and will be where the centre court action is for the network tournament which will take place from the 29th of June to the 12th of July, coinciding with a major tennis grand slam event.

So make a note to play and stand in line to win a share of the €2,500 prize pool and you could end up walking away the victor…Game, Set & Cash. 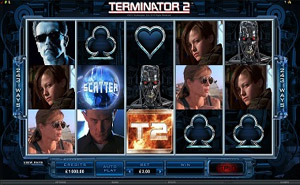 The Terminator 2™ online slot was released in the summer of 2014 to great acclaim, becoming a fast player favourite. It’s no wonder then that this award-winning game has been translated into a tournament slot. Featuring outstanding graphics, epic clips from the Terminator movie, an inspired soundtrack and of course loads of features, this game is going to be even more fun when you can play against others for the ultimate in glory and of course cash!

The Terminator 2 tournament slot will go live at Microgaming powered online casinos on the 1st of July on both the download and Flash platforms. Most notably however is that this launch will be accompanied by a massive multiplayer network tournament, T-100 000, with a prize pool of €100,000 up for grabs.

This event will take place from the 1st of July until the 3rd of August and the top 100 players will be awarded a cash prize and the overall winner will walk away with a 1st prize of a massive €10,000! 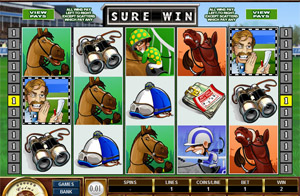 Finally, Microgaming is releasing an updated version of its popular tournament slot Sure Win which has been re-mastered using High Definition and widescreen functionality bringing you improved graphics and more contemporary game play. This will be live on download and flash platforms in July.

As you can see there’s a lot to look forward to in the months to come and if you’re a slots tournament fan, make sure that you diarize the upcoming event dates.

Sure Win HD tournament slot will be used for the Sure Win Cup which offers a €10,000 prize pool. Played quarterly, the year’s third instalment takes place 6th July to 2nd August.

Before you play slots, familiarise yourself with the different slots types and terms so that you know what to expect in the games you play.

Calling all South Park™ fans! Betsson Casino is getting ready for some true South Park fun, as they count down the days to the long awaited South Park: Reel Chaos slot launch on the 23rd of October 2014 where we’ll all finally get to enjoy the return of Cartman, Kenny, Stan and Kyle to the online slots arena as they try to save the world from the evil Professor Chaos.

In the days running up to the sequel however, Betsson is offering players the chance to get into the South Park mood and even earn a share of the sweet prize pool in their €4,000 slot tournament which will be played on the original South Park slot.

If you’ve ever played this game you’ll know that this 5 reel, 25 payline slot packs a hysterically entertaining, albeit slightly warped punch as these infamous cartoon characters hunt hippies, kill Kenny, laugh at fart jokes and encounter bizarre singing poo as you rack up the wilds, multiplier and free spins throughout the game. It’s pure South Park pandemonium from start to finish and an experience that South Park fans will truly love.

To be a part of the fun and action, take part and play South Park from the 16th until the 22nd of October and you could walk away with a share of this generous cash prize to either spend or play on the new South Park: Reels of Chaos slot when it launches on the 23rd.

In order to qualify you will need to do the following:

It’s that simple! So go on down to South Park and have yourself a time at Betsson Casino now! 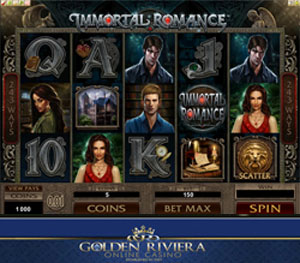 If you’re looking for some exciting online casino action join Golden Riviera Casino for their this month and you could win a share of the €20,000 prize pool and walk away with €4000 if you’re the overall winner.

This month’s tournament takes place on the popular Immortal Romance video slot which is one of the most awesome slots games that you will ever encounter. This slot follows the story of forbidden love in a world where Vampires reign supreme. This slot offers loads of action across 5 reels, in a 243 ways to win format with outstanding graphics, a gripping soundtrack and a number of bonus offers up for grabs.

Be on the lookout for the Wild Desire feature which transforms up to 5 reels Wild and if you dare, enter the Chamber of Spins which can unlock no less than five Free Spins Bonuses each with its own multiplier that can help you to make your way to the top of the Leaderboard.

To enter this riveting event, all you have to do is sign-up at Golden Riviera Casino and register for the tournament which commences on Friday the 8th of August and runs until Friday the 22nd of August. Then during tournament times makes sure you’re available to play because the more you do, the greater your chance for ending up on top and walking away with the €4000 prize.

If you haven’t played in a slots tournament yet, there’s never been a better time to start! Play Golden Riviera’s August Freeroll and you could just walk away a winner

The 2014 Soccer World Cup will kick off in Brazil on the 12th of June – if you’re not lucky enough to be attending this world class event, there’s no need to feel down because Golden Riviera Casino will be hosting its very own Reels de Janeiro Slot tournament which you can take part in! Best of all it has a massive €175,000 prize pool which will be shared amongst the top 75 players with the 5 champions walking away with €10,000 each!

The tournament will played on the action packed Shoot! 5 reel, 50 payline video slot that allows players to relive the golden age of soccer in the times of the football great Maradona. The game is not only graphically superb but offers a multi-level bonus feature which is triggered when you find special tokens and rewarded with random prizes and up to 35 Free Spins!

According to Golden Riviera Casino’s spokesperson Max Stern, the casino staff are putting on their game faces and getting ready for football mania. The tournament has been designed to add to the excitement of the real world cup in Rio while giving players the opportunity to take part in their own football themed tournaments with the possibility of becoming champions in their own right.

So if you’ve new to online casinos or have simply never played at Golden Riviera, there has never been a better time to do so. Play now!