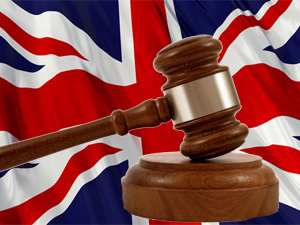 Earlier this year the UK introduced a new taxation on gambling known as Point of Consumption (PoC) tax which imposed a 15% duty on all online gaming profits generated within the United Kingdom.

Since the introduction of this new system online gambling firms have been locked in a heated battle with the Government on the subject, addressing the issue in the courts with the Gibraltar Betting and Gaming Association (GBCA) representing a number of online gambling companies fighting it out with HM Revenue & Customs department.

Recently the dispute has escalated after the High Court ruled that the matter should be referred to the Luxembourg-based Court of Justice of the European Union (CJEU) for a decision.

The big issue for most online gambling organizations like William Hill Casino Club is that they have established their online casinos and sportsbooks in low or tax free areas – a loophole which until now, has served them well in maintaining profitability.

The GBCA, on behalf of online gaming companies based in the British Overseas Territory has challenged the new PoC tax in the British courts and the referral to the CJEU has those concerned abuzz that the taxation will be found to be unlawful in a final hearing, dealing HMRC a significant blow.

According to Numis analyst Ivor Jones, the CJEU will be required to rule on whether the UK Government’s creation of this tax law are legitimate or not. He added that the government may be vulnerable due to the fact that the law diminishes the competitive advantage of offshore operators while increase the UK’s tax revenue – a concept that may be regarded as unacceptable if the implementation thereof reduces EU competition.

Numis added that in theory the UK Government may be obliged to refund all the tax that it has collected since the implementation of their new regime. Given the political influence of the debates surrounding Europe, the UK Government may seek to resolve the issue before it is brought before the court.

A spokesperson for the HMRC painted an entirely different picture however stating that there has been no judgement against the UK tax on online gambling and that the department remained confident that the Point of Consumption tax regime is lawful. He added that they would consider the final judgement in full before any further comments would be made. 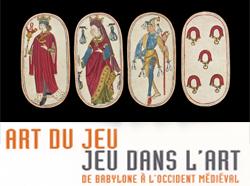 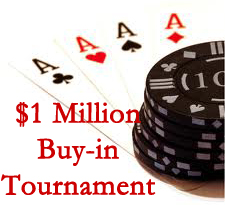 Earlier this week World Series of Poker officials announced that 22 players have pledged their commitment to a $1 million buy-in for a WSOP tournament, making this one of the most expensive poker tournaments in history but also one of the most lucrative with the top prize yielding $8.89 million at just 22 players! This is a staggering $173,000 more than the recent German winner, Pius Heinz earned for his main event victory last month.

According to WSOP spokesperson Seth Palansky, an additional seven players join the tournament, this would put the prize money above the $12 million mark which incidentally is the highest recorded poker win ever, claimed by Jamie Gold after defeating 8,772 other players in the no-limit Texas Hold’em main event held in 2006.

The $1 million buy-in for the latest tournament includes a charity donation of 11% but does not include the usual 10% rake that the WSOP usually takes for hosting the event. Instead Cirque du Soleil founder Guy Laliberte will be organising the tournament on behalf of his charity, One Drop which is a Montreal based non-governmental organization.

According to those in the know, committed entrants include some of the most famous names in poker and the gambling industry including Daniel Negreanu, Tom Dwan, Johnny Chan, Jonathan Duhamel, Bobby Baldwin (MGM Resorts International exec and 4 time gold bracelet winner) as well as billionaire Treasure Island casino owner Phil Ruffin.

With this kind of a line up as well as such huge sums of money at stake, this will definitely be one poker tournament you don’t want to miss! 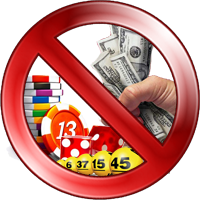 According to reports, a North-Rhine-Westphalia, German court recently ruled that prospective gamblers who live on the dole will be banned from betting.

The ruling was based on a precedent set by a Cologne tribunal that banned the state run lottery Westlotto, from accepting what it termed “heavy bets” from people known to be living on social welfare grants and unemployment benefits.

While the ruling is set to be appealed on the grounds that it is, according to Westlotto, “out of touch with reality” due to the fact that it is impossible for Westlotto employees to ascertain whether a prospective punter is living on a state benefit or not.  In addition, the ruling did not set out guidelines to define what would constitute “heavy betting“.

Axel Webber, a spokesman for Westlotto also added that, “To refuse to accept a bet simply because of a suspicion would amount to discrimination, according to our reading of the law“.

While the sentiment is a good one, enforcing these rulings is going to present challenges to all involved, it remains to be seen how the execution of the case will be administered.