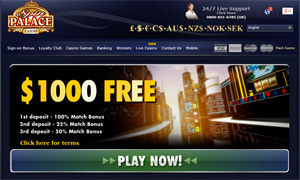 Online casinos have a lot to offer in terms of thrill and excitement, thanks to their incredibly large selections of casinos games, many of which offer some very generous payouts. There are however a few casino games that you should avoid due to their higher house edges that can really do some damage to your bankroll if you unwittingly end up playing them.

Here we take a look at the games you should be avoiding if you want to give yourself the best chance of winning.

Keno is a popular casino game that is similar to lottery games. It is easy to play and quite a lot of fun as all you are required to do is select numbers between 1 and 80 on your card and hope that they are drawn as winning numbers. To win the huge advertised payouts though, all of your numbers need to be correct which make the odds of winning very low.

Over the long term, payouts for this game are pretty dismal thanks to the casino’s house edge of between 25% and 29% at land based venues with only slightly lower advantages being available at online casinos. With odds like that you’re definitely better off playing most other table games.

Most people refer to this game as “Wheel of Fortune” and it’s really popular at many land based casinos, thanks to the fact that it usually occupies a prominent spot at the entrance. The general idea in this game is to bet where the wheel will stop once it is spun which is very difficult to do. The house edge can be anything from 11.11% to 24.07% depending on the casino. Again there are better games to play with just as much entertainment value and better odds of you actually earning something.

While American Roulette offers a considerably lower house edge than the two previously mentioned games at 5.26% it is still higher than some other games. The reason for the higher house edge is due to the fact that two of the 38 numbers on the roulette wheel favour the house (2/38=5.26).

So when playing roulette always opt for the European Roulette variation instead as this only has one house friendly number and a much lower 2.70% house advantage. Even better though, if you can find a French Roulette game with the La Partage and En Prison rules incorporated into it, play that instead as these lower the house edge to a much more manageable 1.35%.

Many casino game have side bets incorporated into the them to add interest for the player but also line the casino’s pockets even further. In a game of Craps which is generally quite player friendly, avoid the proposition bets as these push the house edge through the roof. On the Any Seven bet, the casino holds a 16.67% edge! If you have to play a prop bet, rather opt for the Place 6 or 8 wagers which have a 1.52% house advantage.

Other side bets that you should avoid include the Tie Bet in Baccarat (14.36% house advantage), the Casino War Tie Bet with a massive 18.86% edge and the Three Card Pair Plus bet in poker with a 7.28% edge.

Obviously you don’t have to avoid the above mentioned games completely, but just be aware of the impact that they can have on your bankroll and don’t get caught up playing them as more often than not you’ll find yourself on the losing end.