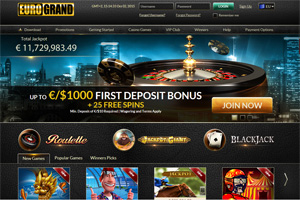 Software giant Playtech has reported double-digit growth in revenue for 2015, with a single adjustment due to UK tax regulations leading to a slight dip in profits in that market. When reporting its preliminary results the company indicated a 38% growth in revenue to the tune of €630.1 million in 2015, with adjusted earnings up 22% at €251.9 million.

The UK’s newly implemented Point of Consumption tax did however affect pre-tax profits which declined by 1% to €142 million. The organisation was however reportedly bolstered by a solid underlying performance from its gaming division.

According to Playtech chairman Alan Jackson, 2015 was a busy year for the company but their operational performance was the strongest yet which led to the increase in reported revenues. He added that Playtech’s gaming division continued to drive the company’s growth through market leadership.

Playtech’s pipeline of opportunities looks promising and Jackson commented that the company expected to see significant wins in 2016 which will be led by their omni-channel offering in both existing and new regulated markets.

Playtech has already made good on these promises in 2016 and with their gaming revenue up 12% in the first two months of 2016 compared to the same period in 2015, if the trend continues it will be a good year for them.

In spite of the organisation terminating prospective acquisitions of Ava Trade and Plus500 late in 2015 and a slight drop in their financial division’s revenues because of it, Playtech is still looking to make new, profitable acquisitions this year.